I Predict a Blood Moon on September 28th!


This is not a sign of the Apocalypse:  blood moons happen when the earth is between the sun and the moon (eclipse), and light will scatter off the earth’s atmosphere, casting a red glow on the moon.

If God were sending you a signal, 1,  He would do something supernatural – not a normal, scientifically sound eclipse;  2. We would not be able to predict it – scientists have told you the date and time that the eclipse will happen.  3.  He would tell the “good people” directly to prepare – not send a vague signal of a blood moon that could mean anything (he has “personal relationships” with most people these days, you know).  3.  He would make sure it was not cloudy anywhere.  We may not be able to see it here because it will be partly cloudy here in Illinois.
Enjoy the blood moon if you can see it!  It will be a “super moon” (at a closest point to earth in their natural orbits), a “harvest moon” (closest full moon to the start of autumn) and a “blood moon” (lunar eclipse).
And stop the silly superstitions!  I have seen so much violence in my life due to superstition:  killing children because “they are possessed”; sacrifices to a god in order to save themselves; denying civil rights in the name of a god, and god telling climate change deniers to run for president.  Just enjoy nature at its finest and bask in the wonder of it all! 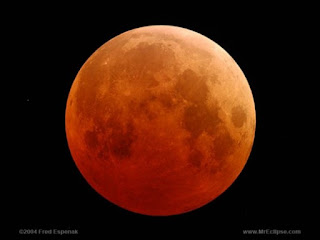 Posted by Atheist Vegan at 6:36 AM No comments:

This is a wonderful video about what life is, and the fate of the universe. For a physicist, he is very easy to understand and enjoyable!


Such a logical thinker!  Sam does an excellent job of describing just how horrific the Bible really is, in his soft, calm voice.


David Fitzgerald shows how unreliable any historical sources are for the Bible.  Wonderful video!


Posted by Atheist Vegan at 6:46 PM No comments:


1.  Any Paleolithic humans who engaged in nutritionally motivated hunting would have done so in order to increase their food energy intake in order to maintain or gain weight, not in order to achieve weight loss… In view of this, the "Paleo diet" theory that overfed sedentary modern humans who need to lose excess adipose should regularly eat the fatty flesh and eggs found in supermarkets because active, underfed, extremely lean prehistoric people who struggled to meet their basic caloric needs ate lean game flesh or eggs whenever possible lacks basic credibility. Don Matesz

2.  Think “humane” meat is healthy?  Over a century ago, high rates of cancer were observed in Argentina which was inhabited by the Gaucho, a nomadic population that for months subsisted entirely on pasture raised beef. Similarly, a study carried out in Uruguay where livestock is predominantly grass fed, with no hormones added, found that a high intake of fresh red meat was associated with between a 87% and 290% increased risk of 13 different major cancers, independent of other food groups.

3.  You have read studies recently about saturated fat and cholesterol being fine, right?  “The evidence from thousands of experiments carried out over the last century has shown that the feeding of dietary cholesterol and saturated fat has accelerated the development of atherosclerosis (hardening of the arteries due to plaque buildup) in virtually every vertebrate species that has been sufficiently challenged. This includes mammalian, avian and fish species- herbivores, omnivores and carnivores, and over one dozen different species of nonhuman primates.  The article below is really fascinating, showing that cholesterol built up in every type of animal and their health declined in specific ways.

Posted by Atheist Vegan at 7:02 PM No comments: